Are You Brushing Your Teeth Too Hard?

Home
/
Prevention
/
Are You Brushing Your Teeth Too Hard?

If you have sensitive teeth, brushing too hard or using the wrong toothbrush altogether can make symptoms worse. Learn the proper technique for brushing your teeth.

When it comes to brushing your teeth, there is such a thing as proper technique. Brushing too hard — or using the wrong toothbrush — can damage your teeth and gums, leading to problems like enamel wear and receding gums, which can in turn lead to tooth sensitivity, says Gene Romo, DDS, a Chicago-based dentist and consumeradvisor for the American Dental Association (ADA). “People tend to brush aggressively, thinking it’s the only way they can get their teeth to feel clean and look whiter,” Dr.Romo says. “That’s counterproductive, because not only does it cause recession of your gums, but you’re also wearing away the white, glossy enamel on your teeth, making them look yellow and darker.” And when that happens, you’re putting yourself at risk for developing sensitive teeth.

Not sure if you’re brushing too hard? Take a look at your toothbrush. If you’ve been using it for three months or less, it should still appear relatively new. “If it looks beat up and flat, that’s a sign you’re brushing way too hard,” Romo says.

The Proper Way to Brush Your Teeth

It requires a lot of mindfulness, but you can change your hard-brushing ways, Romo says. Follow these tips to brush properly to help relieve tooth sensitivity and prevent damage to your teeth and gums:

Use a soft-bristled toothbrush. Choose one with the ADA seal and replace it every three months — or sooner if it frays.

Place your toothbrush at a 45-degree angle to your gums. That way, the bristles can reach and clean underneath your gumline, Romo says.

Gently move the brush back and forth. Use short, tooth-wide strokes to clean the outer, inner, and chewing surfaces of the teeth, the ADA recommends. (If you have a lot of gum recession, your dentist may recommend you try the roll technique instead, Romo says.) If you’re using an electric toothbrush, let it do all the work and just lightly glide it over your teeth instead of pushing it against them. To make sure you’re using a gentle grip, try holding your toothbrush in your nondominant hand.

Slow down. Dentists recommend that you brush for two full minutes — 30 seconds in each quadrant of your mouth — twice a day. Use the timer on your phone or choose an electric toothbrush that alerts you every 30 seconds. “For people who have never tried it, it can feel like an eternity. You don’t really know what two minutes feels like until you actually brush that long,” Romo says. But when you’re not rushing to finish, it will keep you more mindful about brushing too aggressively.

Sticking with these tips can help you keep your teeth clean and your mouth healthy, while eliminating symptoms of tooth sensitivity.

By Lisa Haney | Every Health 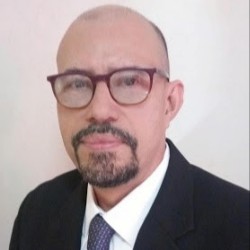